Zelle, a person-to-person (P2P) payments solution offered by a growing number of US banks, has been the topic of much discussion in recent weeks after releasing a series of announcements detailing the formal launch of their app. Our payments practice lead, Scott Harkey, recently explained why these announcements are so important to the industry.

In light of all this, the question many bank product managers are asking now is whether to think of Zelle as a table-stakes service they can use to maintain parity or as a strategic differentiator to push them ahead of their peers. Like most bank strategies, the answer is not one-size-fits-all.

The Argument for Table-Stakes Parity

A growing number of banks are supporting Zelle. As of June 2017, 33 banks and credit unions are currently part of the Zelle network or actively working to onboard. These institutions represent all segments of the banking ecosystem, including giants like Bank of America, Wells Fargo, Chase, and Citi, super-regional banks like SunTrust, M&T and Bank of the West, internet-only banks like USAA and Ally, and credit unions like BECU and Star One. The breadth and depth of institutions represented is proof of the ubiquity achieved by Zelle. Additionally, a standalone Zelle mobile app will be released in the coming months that simplifies the P2P customer experience and can reduce the burden on banks looking to join the network.

Zelle Participants Among Top-50 US Banks

Unfortunately for banks, Zelle is not the only solution available to customers. Venmo, the most popular competitor to Zelle, has enjoyed continuous year-over-year growth since launching in 2009. PayPal, which acquired Venmo in 2013 as part of its purchase of Braintree, reported a total payment volume (TPV) of $6.8BB for Venmo in Q1 2017. Venmo’s TPV between Q3 2015 and Q1 2017‚ the period for which PayPal has made data available, shows quarter-over-quarter growth hovering consistently between 15–25%.

One of Venmo’s early advantages was the simplicity of its mobile application, which was in many ways superior to early P2P experiences offered inside mobile banking applications. As a result of this early focus, Venmo was able to achieve early adoption and strong customer support. The Google Play Store reports an installed user base of 5–10MM users and an average rating of 4.7. While Apple’s App Store does not report download or installation volume, its 4.5 rating strongly suggests a consistently good user experience. Comparatively, while some of the large banks achieve highly rated mobile applications with large-scale distribution, it is thus hard for the majority of banks to compete with Venmo’s mobile application reach. By comparison, one of the largest banks outside of the top five has just 1–5MM application installs from the Google Play Store and an average rating of 4.1; many banks have even fewer downloads and poorer ratings.

While Venmo is a notable competitor, the P2P space is only getting more crowded. Apple recently announced their P2P solution, linked to Apple Pay and enabled through iMessage, as part of its upcoming iOS 11 release. Although Apple Pay adoption in the card-present contactless space has been limited, it’s hard to underestimate the strength of Apple’s foundation as they enter this market. Three years ago, Apple was estimated to have 800MM cards on file and over 100MM iPhones in use in the United States. The scale of such an alternative with a well-established foundation cannot be ignored.

In parallel to these trends, consumer usage of P2P is also increasing. According to TSYS’ 2016 U.S. Consumer Payment Study, 23% of respondents reported sending money to another person using a P2P money transfer service, up from 18% in 2015. Consumer interest in P2P services has steadily increased, indicating that the increased payment volumes is coming from user base growth and not just increased usage among a static population.

These factors combine to create an environment where providing Zelle is a table-stakes proposition. The ubiquity being created by Zelle means that a competitor to your bank—regardless of size—will likely support it. As more bank and non-bank P2P solutions are marketed to consumers, awareness and payment volume will only continue to increase. And, as non-bank P2P solutions become more pervasive, more opportunities will be created to further disintermediate bank interactions. Most banks will therefore find it desirable to offer Zelle.

The Argument for Zelle As a Strategic Differentiator

If a bank feels that supporting Zelle is a table-stakes proposition, it’s natural to question whether it’s even possible to create strategic differentiation. The answer to that differs from bank to bank.

First, while no future product features have been publicly announced by Zelle, it’s obvious that the payment tool is technically capable of being used for purposes beyond the strict definition of consumer P2P. Whether such uses are acceptable is a question to be resolved by network rules rather than limited by technology. To that end, banks have already conducted pilots that used the network for commercial disbursements to individuals (e.g., insurance pay-outs).

Second, while part of the allure of Zelle is the consistency of the experience, one can imagine creative ways to embed P2P capabilities into other servicing flows. For example, enabling P2P transactions through other channels such as voice assistants or chatbots, or creating value-added experiences within PFM tools. Alternatively, Zelle transactions could be initiated through a common interface that supports multiple payment types (e.g., ACH, wire, and card networks). Such an interface could offer intelligence for selecting a specific rail based on speed, cost, deliverability, or other factors.

Third, while P2P services have historically been seen as difficult to monetize, some of these strategies may offer new revenue generation opportunities. Banks that can offer the Zelle rail to businesses needing to send money to individuals have opportunities to monetize the sending side of the transaction.

Banks that find strategic advantages to Zelle will likely have different motivations. However, there are some common questions that may help illuminate opportunities for strategic differentiation:

Despite the historic challenges in monetizing P2P, innovation in this space continues to occur. A few examples include:

To remove the either/or aspect of this discussion, a failure to move now on the opportunity presented by Zelle will only further widen the gap between your current payments offerings and those offered by competitors who grow with these innovations, making strategic plays more difficult in the future as you attempt to even get back in the game with table stakes.

If you haven’t begun planning your Zelle implementation, now is the time. Even if you believe you can use an off-the-shelf, turn-key solution, there are tactical and strategic questions that should be answered before beginning to execute such a project. Levvel offers consulting services at all stages of Zelle implementations, from strategic analysis to requirements and technology delivery. Many banks have found our white paper helpful as they begin planning their Zelle projects. Interested in learning more? Contact us at mailto:payments@levvel.io. 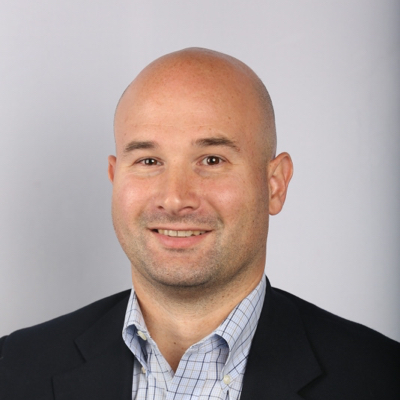 Greg is the Vice President of Strategy at Levvel where he is responsible for helping drive Levvel’s enterprise strategy, and aligning and executing the strategy across the organization. Previously, Greg was a Senior Director in Levvel’s Financial Services & Payments Practice, holding a variety of responsibilities including managing key accounts and partnerships, leading large-scale engagements, and providing deep banking and payments expertise to our clients. Prior to Levvel, Greg held a variety of financial services roles at Bank of America, eSpeed/Cantor Fitzgerald, and Reuters. Greg holds an M.B.A. from the Darden School at the University of Virginia and a B.S. from the College of William and Mary. He currently resides in Charlotte, NC with his wife and four children.