The Evolution of Chase Pay

A few weeks ago Chase announced the shutdown of the Chase Pay app, and the Fintech world predictably had a lot to say about it. My job provides me the opportunity to meet and speak with many bankers and technologists from all over the world that work on digital wallets, and I wanted to share a few of my thoughts now that the noise had died down a bit.

As many know, Chase developed the Chase Pay services as the customer-facing piece of a multi-year strategy that effectively gives Chase one of the only end to end self-contained payment networks via the combination Chase Paymentech, ChaseNet, and Chase card issuing. The bank had lofty goals for the service and for the last several years there were rumors of slow uptake on the merchant acquisition side, despite Chase offering discounted or even free payment processing. Not surprisingly, when the news first broke of the Chase Pay decision, the initial refrain was one of criticism for Chase and the supposed “failure” of their wallet efforts. However, the important thing to acknowledge is that the announcement was for a shut down of the Chase Pay app, not the discontinuation of the Chase Pay service.

In the US, customers have continued to show they do not find value in bank driven wallets.

With that context in mind, I think this move by Chase makes a lot of sense. In the US, customers have continued to show they do not find value in bank driven wallets. These wallets don’t offer any benefit to the consumer and the offerings from Google, Apple, and Samsung are easier to use and not issuer-specific. Given that most consumers have cards from more than one bank, regularly using a bank app for a point of sale payment is not desirable. Alternatively, merchant wallets have seen a great deal of traction because they are non-issuer specific, they can offer value beyond the transaction (with order ahead and loyalty being the biggest drivers), and can even drive customers to specific payment methods (such as the Target Red Card). Chase indicated as much in response to a tweet I posted on this topic: 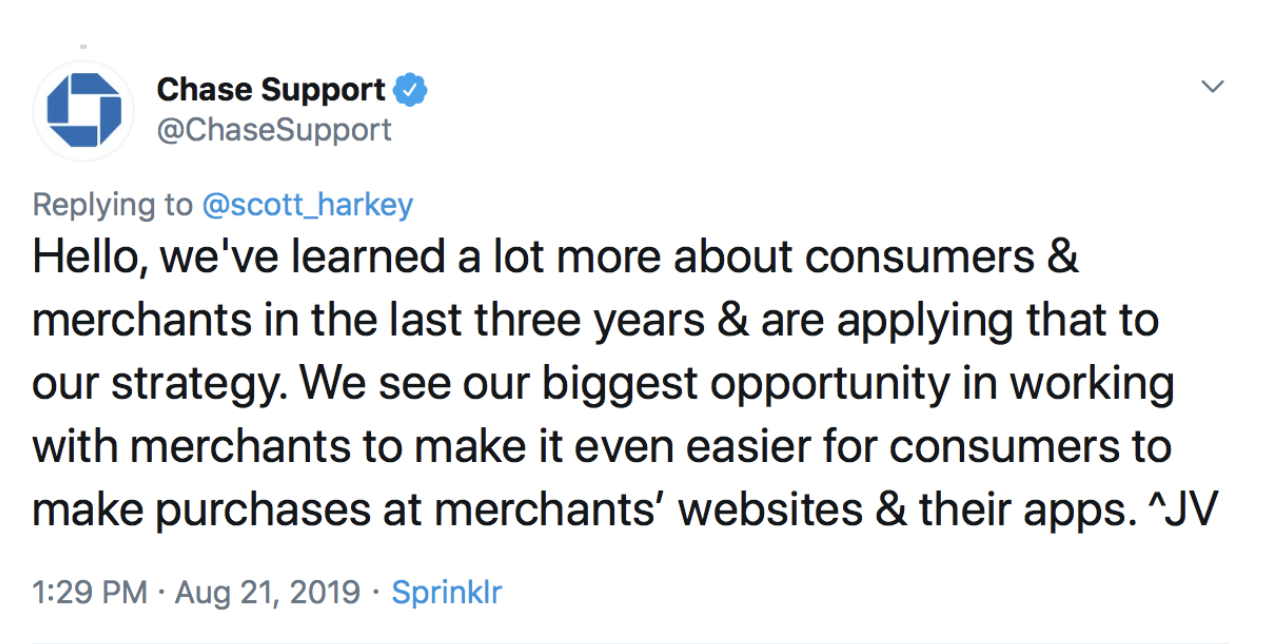 However, this doesn’t mean there isn’t value in the Chase Pay product in the online and mobile space. Specifically, Chase Pay serving as a payment mechanism for merchants (either customer-facing or hiding behind the interface) could make sense. For a merchant, this likely means they get an easier way to integrate payments into their apps, and the cheaper processing rates mentioned above. For the customer, this could translate into using Chase points for purchase, or other incentives the bank and merchants offer, which were always the most compelling parts of Chase Pay.

I personally don’t believe there is a compelling long-term value proposition for Chase Pay in the online space either, but I think it makes sense for Chase to continue to try and find ways to test that out by continuing with the product. While some may be quick to criticize, I applaud Chase for continuing to build and launch products that align with an overarching payment strategy, but also not be afraid to shut them down if they aren’t meeting the internal metrics for success. This last part is something that many large organizations struggle with and is a hallmark of the startup culture. 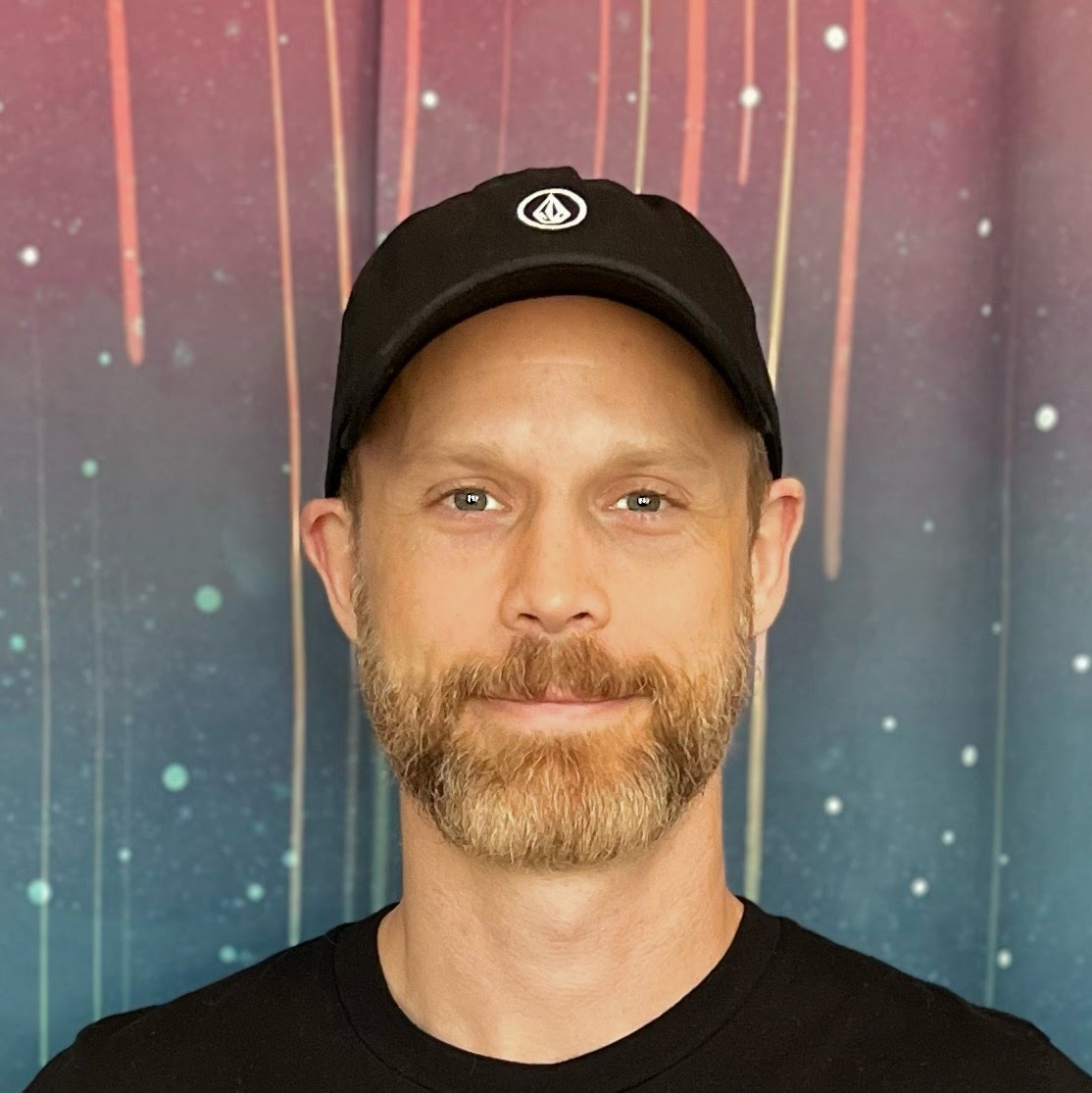 Scott Harkey is Levvel's Chief Strategy Officer while also leading the Payments and Financial Services work. He has 15 years of banking experience including leading the technology team that implemented digital wallet products at Bank of America along with 10 years of technology merger integration and IT operations outsourcing work at Wells Fargo. Scott brings a unique “insider” point of view combined with a proven track record of delivery to banks, technology providers, and merchants exploring the digital payments space.