Human beings are tribalistic by nature. The innate desire to group ourselves based on commonality, whether that be related to geography, language, appearance, social status, or other factors is rooted in the age-old need to survive. From before recorded history to the present day, we have found comfort and security in groups in which we have a shared identity, culture, ideology, and other common denominators. In the United States and in a vast segment of the world, we have rejected legalized prejudice and discrimination against those who are perceived as different or “other”, which is defined as conscious bias. These biases sometimes come with stereotypes that may be positive or negative in nature (i.e. Members of Group A are more intelligent and ethical, while Group B is less intelligent and tends to be unethical).

“When we see a person of an unfamiliar race, the amygdala in our brain (walnut-sized components that arouse fear and anxiety) are triggered, even before our consciousness can interpret the situation.” - Dr. Jennifer Lerner, Professor, Harvard Kennedy School

The Affect of Bias

Bias is hardwired into our neurons due to both nature and nurture, the way in which we are socialized by parents, peer groups, media (traditional and social), and other influences. Research from multiple sources has given credence to what is known as the similarity/attraction theory. We still instinctively prefer to associate with those from our own tribe (in-group), and seek to disassociate from those from other circles (out-groups), whether that be defined by attitudes and beliefs, race or ethnicity, national origin, socioeconomic status, educational background, or profession. Psychologist and Harvard Kennedy School of Government Professor, Jennifer Lerner, says that “the human brain is hardwired to reject immigrants.” This insight into the human psyche helps us understand why disparaging immigrants, racial and religious minorities, continues to be an effective, albeit unprincipled, campaign strategy for politicians globally.

Conscious mental distinctions and decisions about who to interact with—or not—are forms of explicit bias. Unconscious associations between categories of people with certain characteristics are implicit. The Dual Systems Theory provides useful insight for understanding how unconscious (implicit) and conscious (explicit) bias operates within our brains. The theory posits that there are two systems of thinking that process our perceptions of reality, including our interactions with people. System 1 thinking occurs without awareness, essentially automatically without cognitive effort. System 2 is deliberate thinking that requires time for processing information and stimuli.

It is within the second system where we have evolved the most. On a conscious level, most people today do not want to engage in intentional bias towards any group of people. However, neuroscientists estimate that up to 98 percent of brain activity is unconscious, which is why, despite anti-discrimination laws and policies, we still struggle with bias on an individual and institutional level. Whether or not one believes they are racist, sexist, homophobic, or xenophobic is not what is most important. What matters are the systemic (personal, organizational, and societal) biases that continue to be perpetuated despite our best conscious intentions.

Although the human brain can not literally be equated with a computer, it cannot be disputed that both entities are complex systems. The question is whether or not we can hack our minds to reverse bias that results from biological and environmental factors? Debiasing is impossible to achieve absolutely, but we can make improvement in degrees. The Kirwan Institute, a leading research organization in the study of cognitive bias has listed several interventions, such as exposure to individuals who counter the negative stereotypes of the groups they are associated with, participation in groups with members of diverse thought and backgrounds, seeking to understand other perspectives (especially those you disagree with), and intentionally processing one’s perceptions of other individuals and groups to disrupt biased thinking and decisions. Developing our self-awareness and taking ownership of our debiasing is essential to gradually become more inclusive in our outlook and interactions.

A growing number of organizations are educating employees on implicit bias, encouraging behavioral change, and changing talent management practices that prevent them from being truly diverse and inclusive workplaces. Yet, despite all of the progress we have made, the prospect of actually solving the problematic aspects of our natural and institutionalized tribalism seems daunting. An academic study of top professional service firms documents that they tend to explicitly and implicitly source entry-level talent from a narrow slice of elite schools with similar cultural qualities. Other studies provide evidence that black or African-American and Asian sounding names on resumes are less likely than white applicants to be contacted for an interview.

“Diversity and inclusiveness is a source of strategic advantage, and a matter of fundamental fairness and equity, when seeking candidates that may be overlooked by the tech industry. The prospect of using Artificial Intelligence to mitigate System 1 biases through automated heuristics is very promising to help ensure that the absolute best candidate is selected, regardless of shortcuts that human interviewers will inevitably rely upon.” - John Espey, Co-Founder, Levvel

How Can AI Help?

According to an SAP report, AI has the ability to identify bias and mitigate it in our decisions and actions. As an example, the report indicates that a company with hiring practices that are biased against women can employ AI to flag gender-biased language on job postings that may discourage women from applying. To reverse any discrimination related to the gender or ethnicity associated with names or preferences to the brands of certain colleges and previous employers, AI can be integrated into applicant tracking platforms to interpret and remove information that leads to bias and highlight that which is most essential for assessing candidates’ experience and capabilities.

Even if applicants make it past a resume screen with minimized bias, they still have to go through the interview process. In other words, if there is an inherent bias towards those from certain groups, demographic identities can not be hidden indefinitely, unless there is a completely “blind” selection. This selection process has been proposed by some anti-bias advocates and has been incorporated by some professional orchestras with positive effects (orchestras were experimenting with blind auditions before The Voice reality program series), but it has failed to catch on in the broader employment ecosystem. Some companies utilize job or aptitude tests which are supposed to be more objective than a pure behavioral interview. The (in)famous whiteboard interview is one such test, but has come under considerable criticism for being exclusionary to a large segment of diverse talent.

Sourcing and hiring is an extremely important component of the talent lifecycle, but it only constitutes part of the battle against bias in the workplace. The quality of diversity and inclusion in an organization is not just determined by its workforce, but also by its leadership pipeline. Bias also creeps into performance evaluations and promotion decisions. As is the case with hiring in many companies in the United States and Europe, white employees (especially males) are often evaluated more favorably than those from groups that are less representative of the established leadership.

Here, again, is an opportunity for AI to supplement human attempts to diminish bias, but the data that the algorithms learns from must not be infected by the human prejudice it has been created to neutralize. It has to be able to see the “blindspots” that escape us, to borrow a term from Mahzarin Banaji and Anthony Greenwald, leading researchers in implicit bias. To be effective, an AI solution will need to identify any employee review that is not in sync with their objective performance and ideally will provide an independent evaluation that can be juxtaposed with those that are human derived.

With or without AI, we have a responsibility to do the self-work as individuals and organizations to create more inclusive employment and succession outcomes. Not only is it the right thing to do legally and ethically, but the business case has been made by abundant research that demonstrates significant correlations between teams and enterprises that are more diverse and inclusive with higher levels of productivity, innovation, and profitability. We may never completely eradicate bias, but with continued effort and support from advances in technology, it is possible to dramatically reduce its effects.

If you are exploring AI and machine learning to disrupt bias in your workplace, or to solve another systems challenge, consider Levvel as a strategic and technical partner to ensure you adopt a seamless, integrated solution. 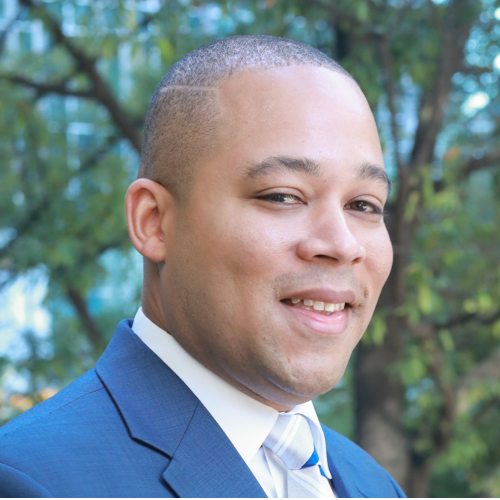 Rod advises clients seeking to grow their pipeline of high-capability, diverse talent. He partners with companies ranging from startups to Fortune 500 enterprises seeking to cultivate inclusive workplaces that attract and develop great people.