A Comprehensive Guide to Performance Testing

Performance testing is a critical priority and an essential part of testing software. It helps companies avoid long load times or even crashes that lead to the unfortunate loss of users. With the increasing interactivity of applications and requests to them from users, the load on the server is growing and requires a high level of service. Performance testing has become one of the most important testing stages, allowing the emulation of user queries for comparison with performance indicators that affect the application’s stability and tolerance.

What is Performance Testing?

Performance testing is a process of evaluating how a system performs under a specific workload. Performance testing examines the speed, reliability, and size of the application—it is not about finding software bugs or defects. Performance tests serve a diagnostic purpose to view network response times, server request processing times, and user volumes. Non-functional testing is what determines the readiness of a system and ensures that it meets the service levels expected in production.

Why is Performance Testing Important?

When is the Right Time for Performance Testing?

The earlier, the better. During both development and deployment, the application needs to be exposed to end-users of the product architecture. Performance tests focus on components of the application such as web services, microservices, and APIs. The earlier these components are tested, the sooner any anomaly can be detected, lowering the cost of rectification.

To understand how the software will perform on user systems, different types of performance tests need to be conducted.

Load testing measures system performance under different workloads as they increase. It simulates either the number of virtual users that might use the application or the number of transactions. The system is monitored to measure response time as the workload increases. Based on response times, this test can help identify potential bottlenecks. This test falls within the parameters of normal working conditions. Load testing also helps to understand whether it is necessary to adjust the size of an application’s architecture.

This type of testing is used to measure system performance outside of the parameters of normal working conditions. It evaluates the behavior of the system at its peak of activity. The goal is to measure software stability when the system is given more users or transactions that it can handle. Stress testing helps to identify the point of failure and how software recovers from it.

Spike testing evaluates software performance under quickly and repeatedly increased workloads. This testing measures system activity levels when they are above average. It is testing a number of users and the complexity of actions performed.

Scalability testing determines the software’s effectiveness under a gradual workload increase. The system’s behavior is monitored as user, load, or data volume is gradually added.

This type of testing measures how the software performs with a normal workload over an extended period of time. The goal is to test potential memory leaks and to observe if intense and sustained activity over time shows a potential drop in performance levels.

This type of testing determines the efficiency of software when performance is measured with a large, projected amount of data.

It is critical that performance testing be conducted early and often. A single test will not tell developers all they need to know. It is a collection of repeated and frequent tests that makes performance testing successful. A few important facts to consider:

Following the guidelines above will reveal important information about the application. This information can help make the application faster, more stable, and help validate the quality of code and functionality. Conducting performance testing provides the following advantages:

An important point to keep in mind is that performance testing is not only about simulating a large number of transactions, it is also to provide insight into how the product will perform once it has gone live. The best performance tests are those that allow for quick and accurate analysis to identify all performance problems as well as their causes. Before starting the tests, success metrics should be clearly defined. In general, these parameters are:

Digital transformation is driving businesses to accelerate the pace of designing new services, applications, and features, raising the bar on application performance. Users no longer tolerate having to stare at loading animations or splash screens for too long. They will simply abandon a service provider if the app is not responsive enough. Performance testing helps prevent bottlenecks from forming and enables teams to develop more efficient code that ultimately makes an application run flawlessly.

You’re going to use technology to change the world. We’re going to help you create it. Whether you are reinventing your company, creating an industry-changing product, or making existing products even better with new technologies—we exist to make your endeavor a success story.

Our experts help unleash your engineering team’s potential. You know that you need to transform your software development lifecycle, and you need to move quickly. We bring seasoned experts to work with you to not only get the processes and tooling right, but to win with the human element of this critical transformation. 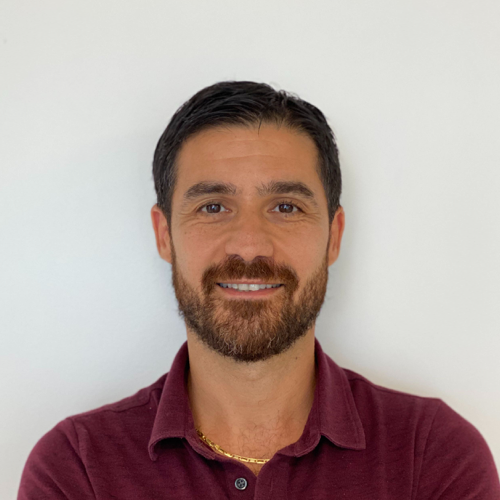 Ramin Mammadov is a Quality Assurance Manager at Levvel. He is responsible for building and leading QA organization, providing insight and expertise on the best QA practices and approach for digital transformation, and supporting defect-free application software. Ramin comes to Levvel with 15+ years of experience in financial industry where he implemented and maintained the Quality Control Process by providing knowledge and expertise in quality assurance methods, tools, and technology. Ramin holds and M.A from Michigan State University and B.A. from Baku State University.