Developing high quality software and delivering it to customers quickly is one of the clearest signs of success for modern businesses. However, a large number of companies still rely on legacy systems that hinder speed-to-market, product quality, and overall performance. Data shows there is a clear correlation between a company’s legacy dependence and their efficiency and speed in software development processes; modernizing systems, processes, and culture can improve these processes. But the data also shows that many companies struggle to modernize due to internal constraints and limited resources.

While replacing legacy systems remains a complex and costly task to undertake, Levvel has found that there is a way to apply modernization that accounts for business constraints —specifically, by following a piecemeal approach that spaces out implementation projects and associated costs while producing the quickest benefits. Instead of a one-time initiative that replaces legacy systems altogether, companies can strategically choose what aspects of their legacy to modernize first in order to effectively improve product development.

Identifying and adopting high-impact product initiatives is critical. This report shows a clear connection between legacy systems and product development, as well as how companies can employ targeted technology transformation to reduce friction in software development life cycles (SDLC) and enable their development teams to build competitive products.

While software development does benefit from modern tech, the greatest gains stem from an optimized work environment that allows software developers to build faster and more efficiently. The primary takeaway of this research is that cloud migration, Agile implementation, and replacing core apps contribute to improvements in the software development life cycl. Future exploration shows:

For this report, approximately 500 professionals involved in or with knowledge of technology management departments and processes—including team members, management, and executive roles—were surveyed. These respondents represented organizations from various industries and segments with annual revenues of at least $100 million. Sample sizes vary across data charts and visualizations, as logic dictated the questions that respondents received according to their familiarity and previous responses. Where to start? What legacy systems should be modernized?

Companies that are faced with the task of updating their legacy systems often find themselves struggling to justify the costs of modernization. For this reason, companies often adopt a scaled approach, where they engage in a step-by-step modernization journey. When it comes to increasing deployment speed, Levvel’s data shows the best modernization efforts to adopt are cloud migration, the implementation of Agile methodologies, and replacement of core applications (Figure 2). Companies that migrate to the cloud, are Agile, and have replaced core applications are able to provide a virtual space to edit, store, and share code, alongside a swift organizational structure that reduces unnecessary interdependencies amongst software developers. Cloud as a priority

Companies looking to increase deployment speed in their software development process should prioritize cloud migration. While it is true that a hybrid approach to cloud migration is associated with a higher deployment speed, those companies that are fully cloud native–or close to it– experience the highest gains in speed-to-market. The reason cloud migration is so crucial to software deployment is because developers are able to experience greater flexibility in managing applications within a cloud environment. The virtual environments within the cloud allow for automated testing and swifter project management systems that ultimately make companies more nimble.

Having a virtual space to work on software development in the cloud allows developers to keep a centralized structure that is accessible to all parties in the software delivery life cycle. Ultimately, the virtual environments allow for an increased productivity as developers can test concepts faster and with fewer barriers. Because of this, cloud migration increases speed and efficiency in all stages of the software life cycle—that is, increased speed in integrating third party systems, in the provisioning of new infrastructure, and in implementing changes in software. Over 70% of companies that have a high migration profile are able to make or deliver changes to software within 1-3 weeks or faster (Figure 3). A high cloud migration gives companies in the area of software development a competitive advantage. Cloud is extremely efficient when compared to traditional, on-premise environments where developers experience delays in provisioning of servers and databases.

One of the reasons cloud migration is a key aspect to improve software development is because of the ability to overcome hurdles during its life cycle. Cloud enables a virtual space that allows developers to easily monitor all of the operations and their metrics during the development process. As data shows, migration status greatly reduces issues pertaining to approval to changes and coordination with IT teams (Figure 4). Hence, the end-product is not only reached faster but with a higher quality as well.

Software development companies that rely on the cloud are able to utilize modern tech stacks. These are mostly related to back-end services and infrastructure, which ultimately improve deployment speed. Additionally, companies that have migrated to the cloud tend to have substantially fewer issues in recruiting talent. Finding staff with the expertise in software development that leans on obsolete systems is increasingly harder to come by. While there are a plethora of Agile methods, the broad idea of adopting Agile is based on an iterative software development process, where updates, problem solving, and requirements are engaged in collaboration between self-organizing and cross-functional teams. Because Agile promotes a frequent and “hands-on” structure, interdependencies amongst party members are more organized. As a result, implementing Agile methods greatly increases deployment speed (Figure 2). Replace legacy applications to keep up The idea of legacy modernization is widely embraced in the current landscape, yet actual implementation is often a rocky road. The wrong choices can translate to slower speed-to- market and poor software quality. Modernizing legacy systems comes hand-in-hand with the struggles of justifying the initiative from a cost-effective perspective. However, it is important that organizations understand the benefits of implementing small—but smart—changes where it matters. Knowing where to start the software development modernization process can go a long way, and knowledgeable leadership can make their company more competitive in a cost-effective way. As this report shows, the first step involves enabling an optimized work environment. Cloud, Agile, and replacement of core applications help provide an optimized work environment where developers can work faster and more efficiently.

You’re going to use technology to change the world. We’re going to help you create it. Whether you are reinventing your company, creating an industry-changing product, or making existing products even better with new technologies—we exist to make your endeavor a success story.

We exist at the crossroads of strategic insight and the ability to execute. Our teams bring the gamut of business domain knowledge, design prowess, and technical expertise to create success for your business across the entire project lifecycle. 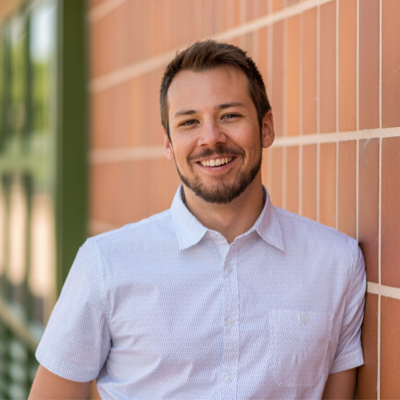 Daniel Ramirez is a Senior Research Consultant for Levvel Research based in State College, PA. Daniel plays an important role in Levvel’s research products by providing expertise in data collection, analysis, and visualization. His research focuses on analyzing legacy modernization strategies for businesses, with a particular emphasis on cloud migration. He has a Ph.D. in Demography and Sociology from Pennsylvania State University and an MSc in Data Analytics from the University of Glasgow. Prior to Levvel, Daniel was a UX and Market Researcher for Snap Inc. specializing in international growth throughout Southern-European markets.