Today’s post is about setting up your own DevOps artifact pipeline for docker containers running on CloudBees Jenkins Enterprise (CJE). For those who are new to the CloudBees Pipeline-as-code, it is software for defining your own custom build lifecycle and deployment actions. With just a few lines of Groovy code, you can be building and pushing your own tested Docker containers to your container registry.

Keeping Things Under Your Control

As a developer, I want a Docker container pipeline for iterating on my Django + nginx + Slack + Sphinx docs stack that deploys using Docker Compose. This repository holds two containers (Django and nginx) and I want to have a build tool that can: build both containers, run some container tests, and then push them to a container registry using source code that I can manage. Eventually, I’ll want to validate that the Docker Compose deployment passes integration tests before pushing to my registry, but that is out of scope for today’s post.

While there are many tools available for building containers, the advantage of CJE is that we have control of where the build environment is running and can scale it with CloudBees Jenkins Platform (CJP). This is a win for organizations looking to keep their builds on-premises or within their own infrastructure. The advantages of using Jenkins free versus CloudBees Jenkins Enterprise are discussed below.

This section provides a detailed tutorial for how to setup a Docker Container Pipeline with CJE. If you’re just interested in the benefits of CJE and how it differs from the community version, skip ahead.

If you are new to Jenkins Pipeline or Groovy, these are some helpful primers:

How the Groovy Pipeline Works

The repository uses this Jenkinsfile in the root of the repository. For now, it is using a single node to run the Groovy code, which means it will only run on one node/slave. Below is a breakdown of what the Groovy code is doing. Each major section is broken up by a ** stage ** declaration that makes it easier to debug when looking at the Stage View screen. In this sample code, each of the green boxes seen in the image from ** Step 9 ** above is part of a defined Pipeline ** stage ** declaration.

I want to parallelize this build to run faster. To do this, I will perform the Django build step and the nginx build step using the native parallel support to put the build tasks onto two slaves or multiple executors. This speeds up the builds and at the same time increases the build’s complexity for the upcoming Docker Compose integration tests I want to run. The build currently uses the slave host’s docker engine to perform the build which, if parallelized, could end up running on two separate hosts in an environment running more than one Jenkins slave/executor.

Taking It to the Next Levvel

This fun little demo demonstrates Jenkins Pipeline’s power. However, while it works in the simple, one-developer working off one branch scenario, it breaks down when utilized across a team running multiple concurrent builds using a git flow multiple Pull Requests development model. Numerous potential bottlenecks around building and running containers on one Jenkins host exist. When I want to scale this to multiple slaves, I have to first look at where my containers are housed before trying to deploy with Docker Compose to run my integration tests. Making Docker container builds work seamlessly across large organizations is a much larger task, and some organizations will need help in preventing those bottlenecks that causes teams to lose time waiting on builds and deployments.

A solution that scales

Levvel has partnered with CloudBees to help our clients adopt DevOps practices that save them time and money. They are a great option to consider when looking to prevent Jenkins development and deployment bottlenecks.

Why should I pay for something that is free?

A fair question, so let’s look at the DevOps landscape and how we got here.

Jenkins has massive adoption spanning multiple verticals and solves numerous DevOps use cases. Before Pipelines, Jenkins was already a successful continuous integration tool and a friend to many, many developers. With Pipelines, Jenkins is positioned to tackle continuous deployments at scale. When setup correctly, Pipelines are a powerful tool that will bring even more users to Jenkins. Being able to handle artifact deployments and post-build actions empowers organizations with the tools to get features in front of customers faster.

Inevitably, it is this simple and powerful combination that can lead to issues. There are inherent complexities when running scaled-out multiple Jenkins master environments. To prevent these kinds of issues and overhead, CloudBees launched the CloudBees Jenkins Platform (CJP), which offers two variants: Enterprise Edition and Private SaaS Edition (private cloud deployments on AWS or OpenStack with Jenkins running on Mesos for High Availability). By just starting with CJP, your organization gets:

All this, plus access to the best-in-the-Jenkins-business gurus for supporting your organization’s continuous integration and continuous deployment capabilities with proven tools such as the Jenkins Pipeline.

I hope to hear your thoughts about this DevOps artifact pipeline for docker containers running on CloudBees Jenkins Enterprise. I have been looking for a simple way to control where my Docker builds were running in-house. The code within this blog post is already building my containers, and I hope it helps you get started with your Jenkins Pipeline.

Going forward, I plan to add Docker Compose integration tests to validate that my deployed composition is ready for primetime. Eventually, I could see the CloudBees Docker Pipeline wanting this supported natively out of the box. Docker Compose is already an established part of docker ecosystem and is super helpful when organizing and deploying complex topologies. It just makes good sense to vet the Compose deployment works prior to opening it up to production traffic.

If your organization would like assistance building your DevOps artifact pipeline using Jenkins, adopting CJP and CJE, Docker development or production strategy, please reach out to us.

How to stop, clean up, and troubleshoot your environment.

Stop the container with:

Remove the container (which will delete your Pipeline) with:

From the command line, I had to set the permissions for the Jenkins container to access the docker socket:

If you want to build the CloudBees Jenkins Enterprise Docker container

I run a local docker swarm so I had removed the docker socket at /var/run/docker.sock from the systemd service file. So I had to re-enable it:

Then restart the docker engine with the following start command:

Looking at the previous JenkinsCI work for help with Groovy I found this example helpful for getting the Pipeline working: https://github.com/jenkinsci/docker-workflow-plugin/blob/master/demo/repo/flow.groovy 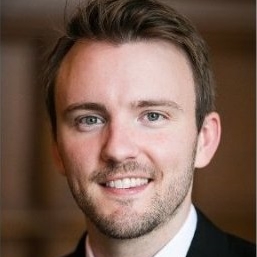