An Introduction to Mobility as a Service (MaaS)

Today, market changes, social trends, and modern technology have reshaped the way we think about transportation. This includes the evolution of travel—and how consumers expect transportation to be delivered.

A decade ago, it was hard for people to fathom the technology that goes into automating a Tesla or trusting strangers to drive them to their destination. These new technologies and customer expectations are shaping the future of mobility, which will represent the market shift from privatized vehicles to a mobility-as-a-service model (MaaS). But what does mobility as a service actually mean, and how does it impact the future of transportation?

Simply put, mobility as a service can be defined as the frictionless movement of people and goods. MaaS’ primary objective is to enhance transportation offerings, whether that be by car, bike, scooter, bus, etc.

MaaS’ recent momentum has the potential to disrupt the transport and mobility sector similarly to the ways Netflix, Amazon, and Doordash have impacted traditional service models. Like these subscription plans, MaaS can offer travelers access to different modes of transportation, which can be easily accessed from users’ smartphones.

MaaS envisions a shift away from privately owned vehicles, where car ownership is not required. These mobility services would be “on-demand” with a pay-as-you-go model, so consumers can use them as needed. Users can also plan travel routes, reserve, and pay for each trip all on one mobile platform, making transportation more accessible and efficient.

Advances in technologies like 5G, IoT, and Cloud Computing (together connectivity) are what make this MaaS future possible. Other foundational pieces of the backbone for MaaS include frequent, accessible, and cost-effective mass transit, frictionless payments, and all new forms of insurance.

Key Drivers of the MaaS Movement

According to Tractica, by 2025, the MaaS industry is expected to reach $563.3 billion—and only continue to climb. With around 70% of the world’s population expected to live in urban areas by 2050, mobility providers will need to be more innovative to meet this growing demand.

Beyond urban demand, there are other key factors driving MaaS forward, including:

While these efforts are a huge step toward a sustainable future, mobility as a service will certainly impact global industries, including insurance, ride-share, airline, automotive, hospitality, highway, and city infrastructure. All of these industries are affected by the movement of people (and goods) from one place to another.

Mobility as a service still has significant obstacles ahead before it becomes fully implemented in cities across the world, including data sharing, funding, government regulations, infrastructure upgrades, and consumer trust in the autonomous.

With many different transportation modes folded into one service, each individual company is working with its own set of data. Connecting the data from all transportation systems will be a heavy lift but will be needed to create smart cities, smart highways, smart airlines, etc.

Further, convincing large global players—who are currently monetizing this data—to share with competitors and peers is the ultimate obstacle. Finding ways to incentivize companies to share the wealth is critical to creating a multi-connected mobility system.

So, the question becomes—who is going to pay for MaaS? As the future of mobility unfolds, governments have attempted to find ways to shift away from more traditional sources of revenue.

Currently, the government relies heavily on revenue generated by transportation. Gas, parking, registrations and licenses, tolls, and other traffic reinforcement will all be impacted by mobility trends.

The government may attempt to regulate tax around the usage of roads in the future, which would involve a pay-as-you-go model by number of miles traveled. Other considerations include licensing and service fees associated with ride-share trips or monetizing mobility data, which bring up security concerns as well.

Infrastructure improvements required for the type of connectivity MaaS requires will bleed into government funding, as upgrades to highways and roads across the country already present a challenge. With an influx of people moving to urban areas, there is more strain on highways, roads, bridges, and other infrastructure to keep up with miles driven.

With transportation policies in place, it may be a challenge for local governments to regulate this additional transit service, which will include taxing vehicle miles, protecting bike lanes, among other things. Infrastructure upgrades will need to favor public and shared transportation options to shift consumer focus away from private car ownership.

Trust in the Autonomous

Driverless cars will change the way we think about car ownership, which means considerable changes for the automotive industry. This may mean a shift from selling a consumer “good” (cars) into an actual service model.

However, consumers’ trust in the autonomous has been slow-moving, which may hinder growth in the MaaS market. Companies will need to rethink their approach on safety to mitigate risk and gain trust in consumers. Without current standardized regulations in place, no self-driving vehicles are deemed the “safest” option.

Balancing customer expectations with government regulations, environmental conditions, data-sharing requirements, and city infrastructure readiness will define competitors in the MaaS market. Globally, consumers will begin to see a change in car ownership—first in Europe and then in Asia. The U.S. will be behind on this, perhaps because of the large amounts of rural areas that lack public transportation.

With mobility becoming more sustainable and people-centric, this industry can improve user experience while supporting economic growth. MaaS is expected to be the biggest global industry within a few short years; it is time for the transit industry to drive MaaS forward, with eco-friendliness and accessibility making this vision a reality. 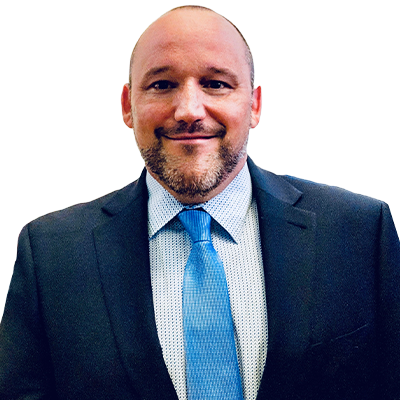 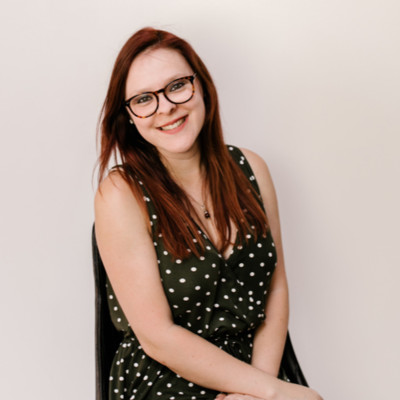 Brian is one of the founders of Velocity Partners. Following their merger with Endava in 2018, he took on the role of Head of Sales, TMTR. With extensive experience in technology, starting in 2000, and a bachelor’s degree in computer science, Brian has deep knowledge of software systems and lean/agile processes which allow him to truly understand the needs of customers and design the best solutions for them alongside his team.

Alexandria Bova is the Digital Content Writer here at Levvel. With over seven years of experience in the editorial and marketing space, Alex is passionate about creating tech and finance content that is digestible to the average consumer. With SEO and industry trends in mind, her goal is to create impactful content that helps reimagine the relationship between people and technology. When not writing, Alex is a huge foodie and is always on the hunt for the best coffee. In her free time, you can catch her scouring the shelves of used bookstores, collecting typewriters, planning her next big trip, or persuading others to share in her love for the Oxford comma.